Local Perspective on Homeland Security for 2018

Local Perspective on Homeland Security for 2018 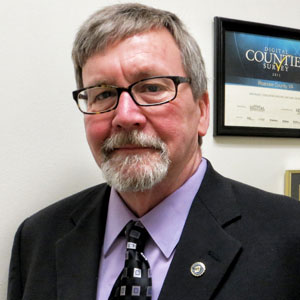 When asked to write this article, it gave me pause. I thought, “Why would they want input from local government on what most people consider to be a nationally driven program?” If you would have asked me fifteen years ago as a US Customs Officer, before there even was a Department of Homeland Security, I could have shared all about the technology that I was using to protect my piece of the border.

But, being a technology provider in local government is truly Homeland Security and is also a part of the national picture as well. With programs like FIRSTNET and Next Generation 911 moving across the nation one locality at a time, governments must be ready to evaluate and incorporate this new technology into existing programs. Our first responders and first reactors look to us in the technology departments to advise them on the difference between just “cool” and “cool and useful”.

What are we doing now to prepare our citizens for the worst locally? I’ll review a few:

Emergency Communications or 911 Centers are present in almost every community; but Centers vary in technology from location to location, and there are few standards on either the national or state level. This is the front lines for citizens to connect with EMS, Fire, and Law Enforcement personnel in their time of need. Communication Officers in our Center spend between 9 to 12 months becoming proficient in many areas, with one of them being mastering the technology. 911 centers have evolved into hubs of technology with seven screens of information that display everything from local mapping to highway cameras.

Reverse 911, we call ours “RoCo Alert”, is a citizen alert and warning system that we use to notify all County households and businesses affected by, or in danger of being impacted by, a local emergency or disaster. Our notifications will include important information about the event and any actions (such as evacuation) that officials are asking people to take. This system utilizes the County’s 9-1-1 telephone number database and will contact all listed and unlisted landline telephones when activated. The system is also TTY/TDD compatible. Citizens can also add their cellphone numbers and associate them with an address for notifications.

Geographic Information System (GIS) Mapping Technology has also put information directly into the hands of our citizens with services like:

“PoliceView” provides the general public and other interested parties with important information about select Police activity in their neighborhood for the past 30 days. The full-blown version of this application is behind the firewall and is populated by crime analysts with a much more robust data set for the Law Enforcement community.

“Neighborhood Concerns” is citizen friendly and enables an easy means for citizens to submit concerns about their neighborhood or community, remaining anonymous if they choose. Staff is more efficient in inspecting and responding to concerns. The new submission form allows the user to search for the specific address or location on the Roanoke County GIS map.

Social Media also plays a key part in Homeland Security providing a path to rapidly spread news, information, upcoming events, cautions, and warnings. Along with the Main and Parks & Recreation pages, the County also has separate sites for both Police and Fire to distribute information on Facebook. Twitter is also used by multiple County departments with a current following of over 17,000.

The “other thing” you learn on the local level: Technology is Expensive! In 2003, as a Customs Officer, I got a top-of-the-line portable radio complete with AES 256 Bit encryption; I had no idea what it cost. Fast forward to 2009, as a local government Infrastructure Services Manager, I was a key decision maker in the County digital radio system upgrade. This was a multi-million dollar project that replaced all of the radio infrastructure and the subscriber units for both the Public Works and Public Safety divisions; I was floored by the cost. The Subscribers, or radio users, all wanted the top-of-the-line equipment but that was neither practical nor affordable. Even encryption wasn’t available to all of our Police users as it was cost prohibitive. Did I mention locally we were just buying the same radio that I had new at the Federal level six years earlier?

Standing alone at the negotiating table with International Corporations puts you at a distinct disadvantage. Regionalization brings more players and buying power to the table, but is also solves more than just your dollars and cents problems. Regionalization is one of the biggest keys to enhancing local Homeland Security as it increase the effectiveness of the first responder community exponentially. Here are some examples of regionalization in our area:

“Roanoke Valley Radio System” was founded by the County and City of Roanoke, soon joined by the Town of Vinton. This system provided a 250 square mile radio “footprint” at the junction point of an Interstate and a State Highway. The common platform provided mutual aid and response to incidents around the valley. Recently, neighboring Franklin County joined the system, adding seven more radio sites and increasing the system’s reach to 950 square miles. This addition not only increased the service area but has added a measure of officer safety by providing radio coverage during prisoner transports to the regional jail and local hospitals.

“The Next Generation 911 Public Safety Answering Point (PSAP) Viewer” is a PSAP Regional Map that shows common datasets (Address Points, Street Centerlines and PSAP Boundaries) that all entities can use, with added benefit of acquiring the most recent data in each of the neighboring jurisdictions within a regular timeframe. Roanoke County, in partnership with the cities of Roanoke and Salem, led the development of a regional PSAP database to prepare for Next Generation 9-1-1 standards under the 2017 Public Safety Answering Point (PSAP) Grant. This collaboration amongst neighboring entities is purposefully driving towards the ability to provide superior services to the citizens- primarily by providing quicker, more informed and more accurate 9-1-1 dispatches, as well as preparing for the new standards.

The technology market is full of products to assist in your Homeland Security efforts, but buyer beware; not all of the ones you see on the vendor floor will work in your hometown. As the “technologist”, my most important job is understanding the needs of our first responder community - find out what they need to do and how they intend to do it. You may be surprised; there might already be an “App” for that!