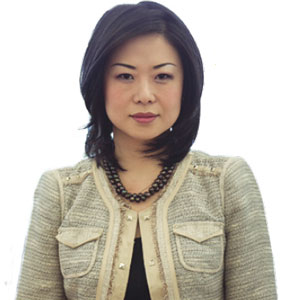 Lisa Xu, CEO
By 2019, an estimated shortfall of nearly two million skilled cybersecurity professionals would inevitably mandate the need for advanced automation in modern enterprise security programs. Furthermore, system and application sophistication and complexity will require automation to maintain an acceptable level of security assurance. Lisa Xu, CEO of NopSec, believes that security without automation is no longer an option for businesses today, given the severe shortage of cybersecurity professionals and proliferation of cyber attacks. NopSec is a cybersecurity firm that fills this cyber skill shortage gap by augmenting machine intelligence-based automation with human intelligence.

NopSec’s beginnings are deeply rooted in penetration testing—testing and breaking things apart before malicious actors do. The innovation NopSec brings to the marketplace is built upon the founders’ codified ethical hacking expertise and applies advanced machine learning algorithms to produce a solution that measures IT security controls, and predicts and remediates cyber risk exposures.

NopSec provides an automated-security-as-a-service platform, augmenting the security team’s operations as part of a continuous detection, integration, and delivery of security assurance.

“The biggest value that Unified VRM brings to customers is the data-driven decision with active exploration and validation that allow customers to cut down the noise from security alerts and confidently fix the right things before the bad guys could exploit them,” states Lisa.

When remediating cyber risks, knowing what to fix is important, and implementing SecOps/DevOps workflows is equally vital. NopSec offers three unique differentiators to IT and security professionals to transform intelligent security automation:

• Orchestration and Automation—easily deploying and integrating automated remediation workflow with other IT Ops/DevOps tools, including patch management and ticketing systems tools, driving workflows up to ten times faster.

NopSec’s continued security innovation is poised to cement its position as a leader in threat prioritization and remediation technology. 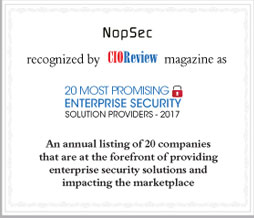 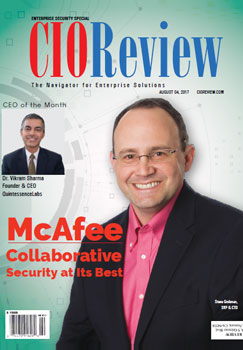