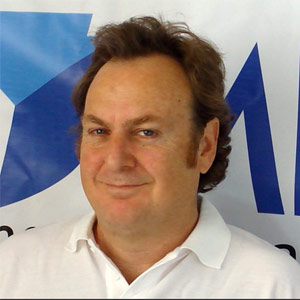 Livio Ricciulli, President and Chief Scientist
The highbrow illegal programmers of today have transformed themselves into a major threat for growing organizations. The recent attack on Sony Pictures, which left the multimillion-dollar organization in chaos, was one of the many instances that proved the prowess of these hackers. “Technology has been able to defend the perimeters of enterprises, however when an attacker breaks through the perimeter, it is game over. The security sector is lagging behind, as hackers are becoming more sophisticated in breaking through the network perimeter and roam the internal network undetected,” says Livio Ricciulli, President and Chief Scientist, MetaFlows, a company that develops cutting-edge software to monitor and thwart malware and other advanced network security threats.

Backed by National Science Foundation and The Army Research Office, MetaFlows leverages SaaS models for reducing the cost and improving the effectiveness of their network security technology. “We compliment the client’s existing perimeter defense system with security devices that monitor the internal network to catch threats that make it through,” says Ricciulli. MetaFlows detects the behavior of the internal hosts in a way that will alert enterprises of any unusual activity in their network.

MetaFlows’ solution can be easily introduced in an enterprise network to detect malicious activity because it runs on economical, off-the-shelf hardware with a cloud-based administration. The local sensors generate security incident reports and transmit the corresponding information to the organization's cloud framework where they are analyzed and sorted on a priority basis. Clients can assess the reports through a standard, secure web interface.

MetaFlows’ technology is different in two important ways. First, it uses multiple sources of intelligence. The obvious benefit is that if one security research organization misses a particular threat factor, then others might be able to detect it, thus reducing false negatives.
“The second way we analyze a threat is by using multi-session correlation, which is unique to MetaFlows. This patented technique looks for independent conversations that the internal machines have with external machines, so that we can correlate multiple events in real-time to detect malicious intent,” explains Ricciulli.

These exceptional features have gained MetaFlows an impressive clientele across industries. Recently, a major University opted for MetaFlows’ platform to safeguard their information. The university had a very large and open network where the faculty and students access various Internet applications for research and creative work. The client wanted to tighten its security, making sure that they did not get infected by malware while also making sure that there were no copyright infringements on the University network caused by illegal students’ downloads. MetaFlow’s platform allowed them to achieve these goals by providing visibility into their large network. The solution also removed the need to have huge amount of human resources to analyze the events to identify the occurrence of security breaches.

For the road ahead, MetaFlows plans on refining and improving their products and services on par with the evolution of technology. “From a business prospective, the plan is to add more infrastructure towards our marketing sector with a proper growth strategy as we have been growing organically,” concludes Ricciulli.

No single research team today is able to keep up with the hackers. It is therefore imperative to defend Enterprises using collaborative Internet intelligence feeds rather than relying on single-vendor proprietary solutions